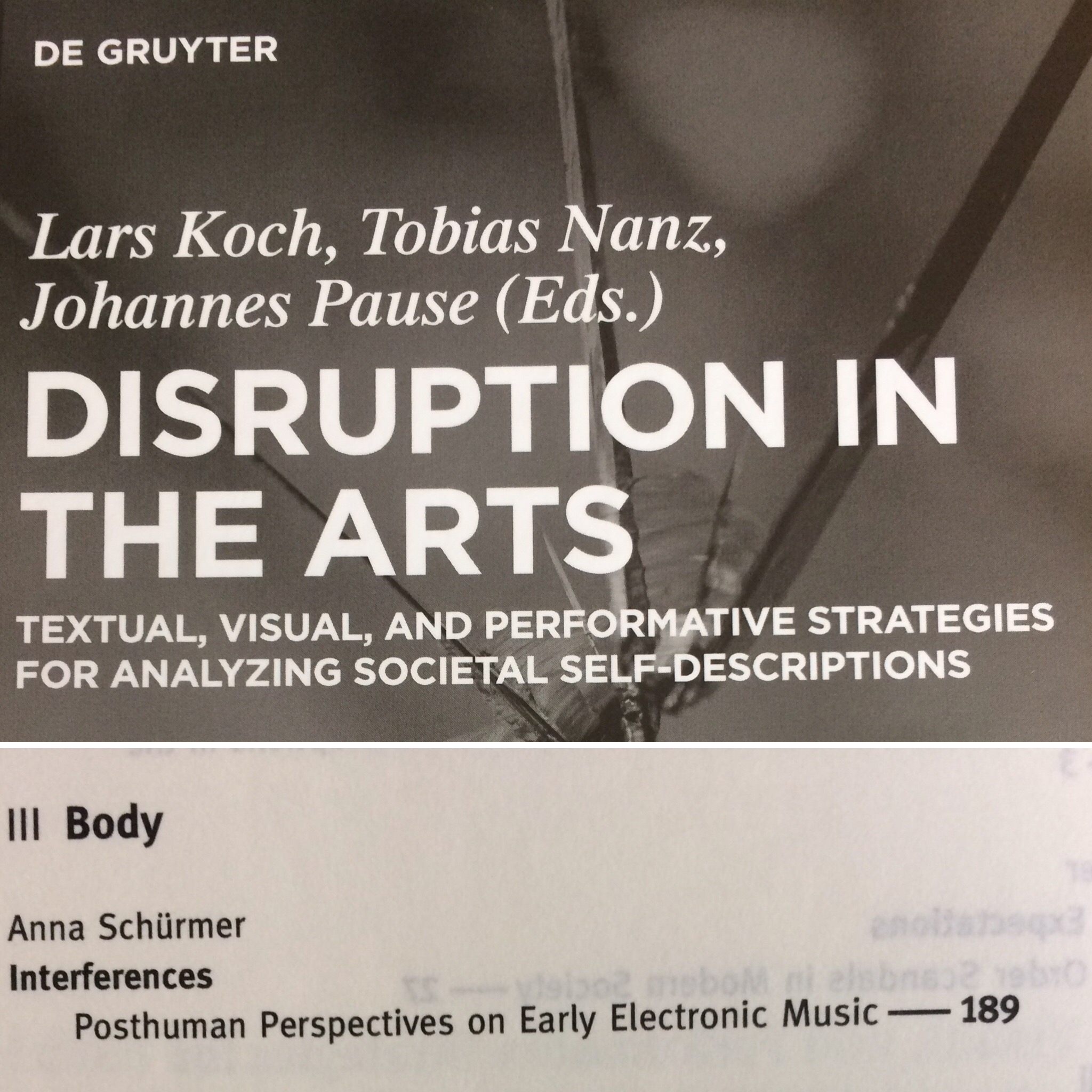 Electronic music—in particular the early experiments of the 1950s—offers many reference points to reflect on the topic of ‘Disruption in the Arts’, especially when using the prismatic concept of ‘interferences’. In physics, the term refers to the superposition of two or more waves that leads to a new wave pattern. In the wider sense of communication sciences, it refers to anything which alters, modifies, or disrupts a message as it travels along a channel. In acoustics, interference refers to the disruptive sound per se: white noise. The latter has become an object of the media and cultural studies as a disruptive element situated in between chaos and information that provides both crisis and progress (Sanio and Scheib 1995; Hiepko and Stopka 2001). Early electronic music has references to all of these implications and definitions. On a material level, the first experiments were nothing less than noise interferences based on the electrical sounds of communication engineering. On a socio-aesthetic level, this sound of interfering frequencies expressed a historical break, which was aligned and overlaid by discourses criticizing medial, social and aesthetic practices. By discussing interferences related to early electro acoustics as striking example of the principle of disruption in the arts, both of the mentioned levels will receive attention in the following sections. It is the argument, that these interferences indicate an epochal threshold and finally offer approaches for reflecting on a posthuman ‘state of the art’ in early electronic music.